R2D2 was a bit pissed off and turned his back on us when he didn’t get invited to Christmas dinner (in fact we forgot to take him) but, to be honest, sometimes I get a bit tired of his tantrums. When we got back at 2am he was in the kitchen hiding amongst the washing up. 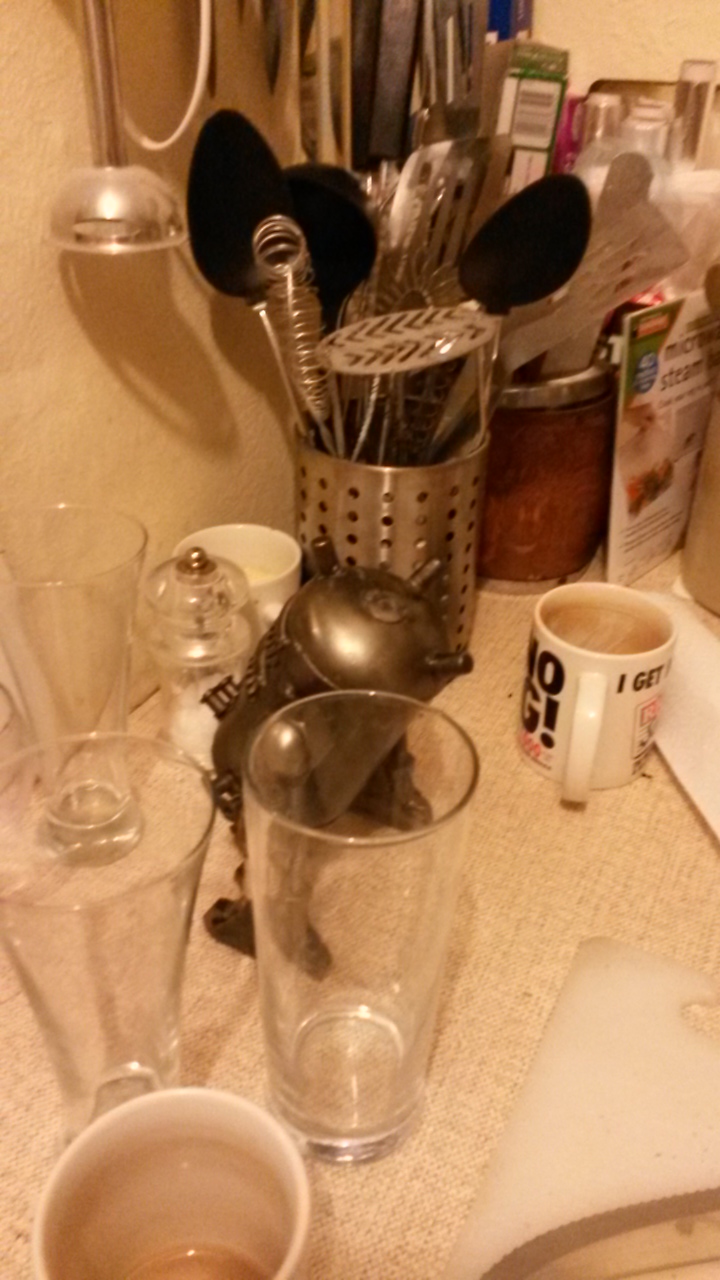 He was happier that he was invited to our romantic Christmas dinner for two on Boxing Day. It was suggested that he was our gooseberry which sort of makes him R2G3 or something. 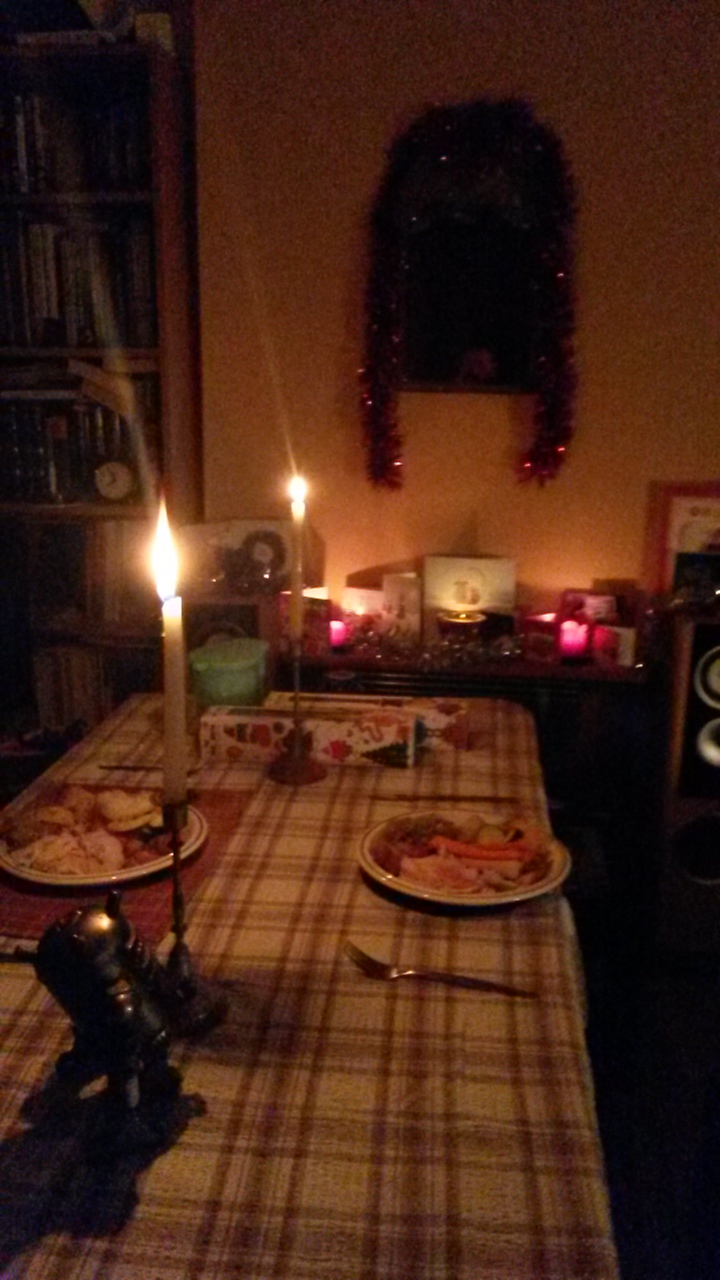 He did enjoy the meal but, as usual, went too far & ended up eating more that he should have. It’s a good job we didn’t let him have any wine. We might let him have some WD40 over the holiday some time but he’s been told he’s got to be on his best behaviour for when we take him to see #TheForceAwakens tomorrow. 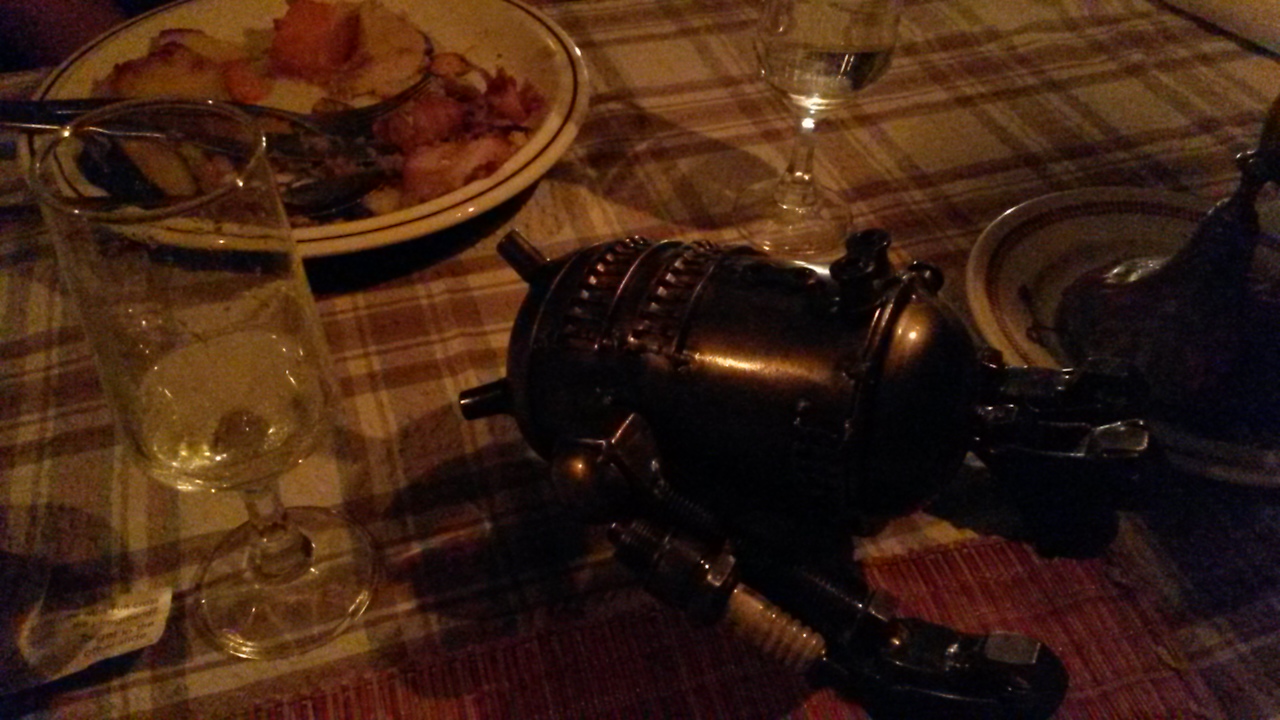