Ennui and the art of motorcycle maintenance 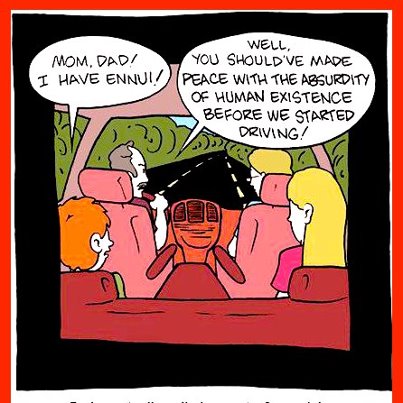 Interestingly BBC Radio 4 just broadcast a dramatisation of Zen the Art of Motorcycle Maintenance by Robert M. Pirsig (one of my favourite books) and it seems strangely apposite. I’ve read the book a couple of times but not for many years now and I’d forgotten a great deal of it.

I’ve always understood the dichotomy between reason and romanticism (as he describes it) but I’d forgotten that he uses the idea of quality as a resolution between the two. I know that some people have suggested that his ideas are flawed but I’m not a high level philosopher so the idea of quality has always appealed to me and in such cases I choose not to look too closely (to not apply too much logic) for fear of destroying the thing that appeals.

Only when hearing this dramatisation does it strike me that I’ve lived my life with the idea of quality as a guiding ideal. Being influenced by antiques dealers and collectors at an early age, getting drunk in philosophical conversations, being introduced to proper musicians despite my inability to play any serious instrument; all these things bear the same theme, quality.

Of course the ironic observation seems to be that he, Pirsig, was reacting to what he perceived to be a lack of quality in the modern world (he rails against what had gone wrong with the 20th century) yet I find myself feeling the same about the world of the 21st century. We live in a world of cheap fizzy beer, X Factor pop music, conglomerate industries feeding the public low quality high profit products; but he was experiencing the same in a time that we, today, might well look back on as having higher values and greater quality.

Or perhaps he was wrong and this is just an experience of getting older.

Here’s the link for the broadcast. It’ll probably be available for the next week or so. Not sure about non UK computers.