Now R2D2 is really pissed off with me

Unfortunately, I was at the front door with my car keys and wallet and phone and all the things needed to take advantage of the two for one Friday lunchtime burger deal at the local food pub (I don’t think you’d call it a gastro pub even if the all-day breakfast is pretty good) but I knew there was something else I was supposed to take.

So, we were half way there in The Truck and I suddenly realised, I’d forgotten R2D2! I did think about going back for him, like for a nano-second, long enough for him to win a Nobel Prize for calculating the next known prime number, but to be honest, I couldn’t be bothered.

We went to the pub, which is not nearly as good as the nearby café but they don’t do two for one mega burgers, and the food was okay. However, I missed having my little metal friend with me and I felt a bit of guilt about not taking him. 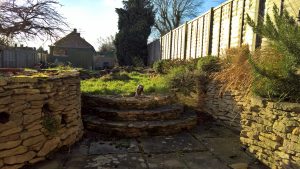 By the time I got home the house was like one of those dreadful Home Alone films. Apart from the fact that he hadn’t defended the house against burglars in the hour that we were away, which would be a good thing when you think about booby traps with lightsabers.

So now he’s not talking to me. He’s sulking in the garden and won’t come in.